Skip to Content
Home / Life / Money / Getting Through Tough Seasons

Every few years, it seems I go through particularly difficult times. There was the year of romantic torment that happened before Paul and I met. Then a few years later, both of our Grandpa’s passed away. A year or so after that, I found out I had a breast tumor. A few years later, we found out my dad had a life threatening heart condition.

And on and on –good seasons mixed with difficult ones.

My mom and dad went through a storm about ten years ago. I was living at home with them at the time and I was so confused about how my parents had hit this emotionally straining bump in the road.

My dad told me “Sometimes life is a warm day filled with sunshine. Eventually, clouds roll in and everything seems dark. But it’s just a season. Soon, things will clear up and all will be better.”

I didn’t understand my dad’s comment at the time. It seemed to be just some old Hmong cultural belief, so I brushed it off as nonsense.

Then I started to see how in my own life and others, we cycled through good and bad times. Before finding God, bad seasons seem to last forever. After my reversion though, I could see where bad times ended and long peaceful periods ensued.

This past winter was a very dark season for Paul and I. Not relationship or family-wise, but financially.

I know that finances can deeply affect our state of mind and that money, because it can be such an emotionally charged subject, can strain relationships.

Yet, I don’t usually worry about money for two reasons:

But this past winter was different because Paul had just finished grad school and his school loans were going into repayment.

I told him not to worry about my loans as I didn’t expect him to pay them plus it just added pressure on him as it made him feel like he had to aim higher in terms of salary. Besides, my loans wouldn’t go into repayment until I graduated and that could be years.

Still, our financial needs didn’t stop there as we also had some badly needed house repairs among other things we had put on hold.

Coming to Terms with the State of our Finances

Paul finished school in May 2018, but it took him a few months to gear up for looking for a job. The following October, we had our baby boy. Consequently, it took us about a month to adjust to the new baby.

By November, Paul was a wreck.

He was filled with anxiety whenever we talked about money. He wanted to end all our donations and stop giving to the church. But where I started to really notice that our financial situation and the job search was getting to him was when, in discussions with extended family, he would mention that we were not doing well with money.

Having been a poor college student in my mid-twenties, I survived on less than $300 a month, year after year until I got my degree. I learned how to live minimally, follow a tight budget, and make the most of every bit of what I had. To me, Paul and I were far from living as I did back then. So I was surprised that he felt that we weren’t doing well.

One night, Paul and I finally had a heart to heart on the subject. As he talked, I began to realize how hard the job search was going for him. There was so much expectation on his shoulders to successfully land a job that would provide for us.

The pressure was unbearable.

For the next two days, I was filled with such deep anxiety over our finances.

But after those two days, I realized I couldn’t live in a state of anxiety, so I opened up the bible to read Matthew 6:25 – 34.

This reading eliminated most of my anxiety. Once that anxiety was gone, I was able to see that we weren’t really in as bad of shape as we thought.

In other words, God was still taking good care of us.

After my anxiety about our finances was diffused, the next struggle was going through the highs and lows of watching Paul go through his job search journey.

Paul applied to over 50 jobs, got call backs from about 8 companies, and had about 27 interviews. With most companies he would get all the way to the final interview, which could be between 4 – 7 interviews, before getting rejected.

The uncertainty while waiting to hear back after each interview was excruciating. I was filled with nervousness, stress, and a new but deep anxiety. As time wore on without word from many companies, my emotions turned to utter dread.

I could only imagine what Paul was going through.

It broke my heart, every time Paul would come home and tell me that a job opportunity didn’t pan out.

To see all the excitement he had for each job, all the hard work and preparation he put in for each interview, and all the hopes he had turn into sad disappointment sent me into such anguish.

But I knew that I was his primary support. So I called on my experiences in job searching, work, and what I was learning in my MBA studies to help him grow through the struggle.

And I prayed a lot.

I read a lot of scripture. I compiled a list of scripture which I would read and write when I started to feel anxious or nervous.

My favorite hymn to listen to was Do Not Fear to Hope by Rory Cooney.

I hoped to stay as close to God as I could so that I could get a better sense of where He was leading us.

Several times, I woke up in the middle of the night with an epiphany about the direction Paul should go in.

Paul has always been a bit of an avoider with his feelings, but he started to talk more openly to me about his insecurities and worries. He also began to trust my suggestions more.

And it was all we had hoped for and more.

In May of this year, Paul started working for an amazing high tech company.

It’s only been 4 months but he loves it.

It took Paul a year since he graduated to find a job and the most difficult part of the struggle occurred in the seven months before he landed it.

Through the journey we not only learned more and grew individually, but what surprised me was how we grew even closer in our relationship. We learned how to work better as a team, opening up, listening, and trusting each other more.

I like to tease Paul and tell him that he couldn’t have done it without me. He agrees and says I was his lifeline and counsel.

Now, I can finally say: the season is over!

We prayed a lot through Paul’s job search journey. Paul is not Catholic but he wanted to be present when I prayed. I must mention that the week before Paul got his job offer I prayed the St. Jude Novena via Praymorenovenas.com.

You can download a copy of the Bible verses I compiled for free in my Free Resource Library if you are a subscriber. If you aren’t, sign up below and I will email you a link to download the verses as well as the password to my library. 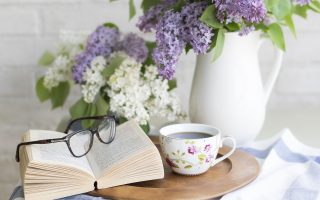 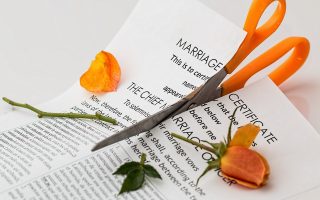 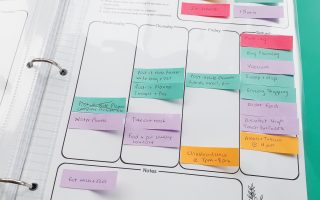